I met Jamie in the fall of 1987 after I had moved from Manhattan to Los Angeles. He had an office for “The Faunt School of Creative Music” located at Mad Hatter Studios where he held weekly meetings with his staff and conducted general school business. It was at Mad Hatter Studios where Jamie and I first met. Chick Corea owned Mad Hatter Studios. Jamie and Chick had met in New York City years earlier and became friends. They would play together from time to time. Jamie recorded on two of Chick’s albums, “The Mad Hatter” and “Tap Step”.
Jamie and I discussed what my musical goals were and the possibility of teaching for his school. I told him that although I was having a successful career as professional musician there were some things I could not quite “hear”. He recommended The Rhythm Course and Drum Set Facility supplemental course that was included in The Rhythm Course. I decided to do the course and teach for his school.
After the tenth lesson on The Rhythm Course, I clearly recall the shift in my rhythmic perception. It happened while I was driving and listening to the local jazz station. Suddenly I was able to hear those rhythms I had trouble conceptualizing. This led to a wider grasp of different styles of drumming and control of time. I completed and then taught The Rhythm Course, Groove Course and the Rhythm Reading Course.
The Faunt School of Creative Music expanded quickly. At one point it was the second largest private music school in Los Angeles. In the ensuing years my relationship with Jamie grew into friendship and we also performed together many times.
Around 2005 Jamie began consolidating the school and I remained on as an auxiliary teacher and taught Jamie’s Rhythm Course students when he went on vacation.
He gave me the final updates for the Rhythm Course and coached me on them so I could pick up his student’s last lesson, check them out and assign new steps. He trusted me to hold on to the final updates and to keep them confidential.
In the fall of 2013, I asked Jamie to perform with my jazz trio. We had lots of fun. At the last gig we did, he told me that he had perfected the entry-level courses of his curriculum. I asked him if anything had changed regarding The Rhythm Course. He told me that I had the final changes. Jamie also told me he had been writing a book on his teaching methods and courses. Two weeks later Jamie left us.
A difficult period began for all who loved and admired Jamie. While family and friends were in mourning, Jamie’s brothers Scott, Rod and Ric came down from Oregon to close Jamie’s house and handle Jamie’s estate.
Jamie’s brothers asked me to help with the extensive amount of musical technology Jamie left behind. I turned over to them all the hard copies of the technology I had and we began the daunting task of piecing together Jamie’s legacy.
To their credit, Scott, Rod and Ric did a wonderful job dealing with all the ins and outs of the estate. Ric, who is a fine trumpeter and music teacher, took on the daunting task of doing the compilation. It wasn’t easy.
Ric and I would talk from time to time as he found and pieced together page-by-page Jamie’s writings. He would date sort them and compare updates and I would help him get perspective on the time line of how Jamie’s tech evolved. Within the past year the project was completed. Kudos to Ric!
I am happy to announce that The Rhythm Course, Groove Course and Rhythm Reading Supplement are ready to be delivered again!
Jamie’s brothers have given me permission to teach these courses.
Ric is currently busy formatting packs for Jamie’s courses to be sold as well as assembling Jamie’s book.
I am privileged to help carry on Jamie’s musical technology and his spirit to help musicians achieve their musical goals. Many musicians have benefited from his courses and now more will in the future.
I would like to thank the Faunt Family for their support and determination to see this project through. 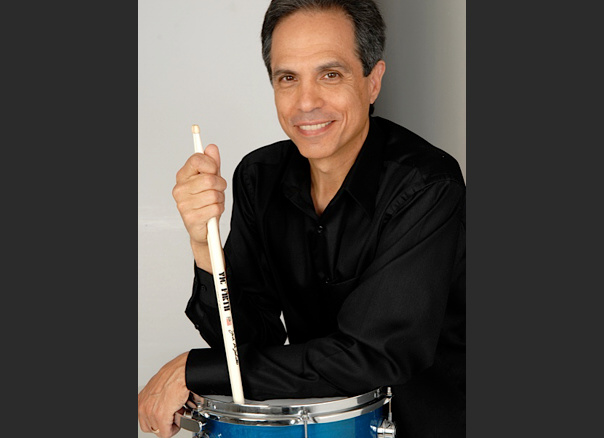 Posted in About Drumming

6 Responses to The Rhythm Course Re-Released

This site uses Akismet to reduce spam. Learn how your comment data is processed.